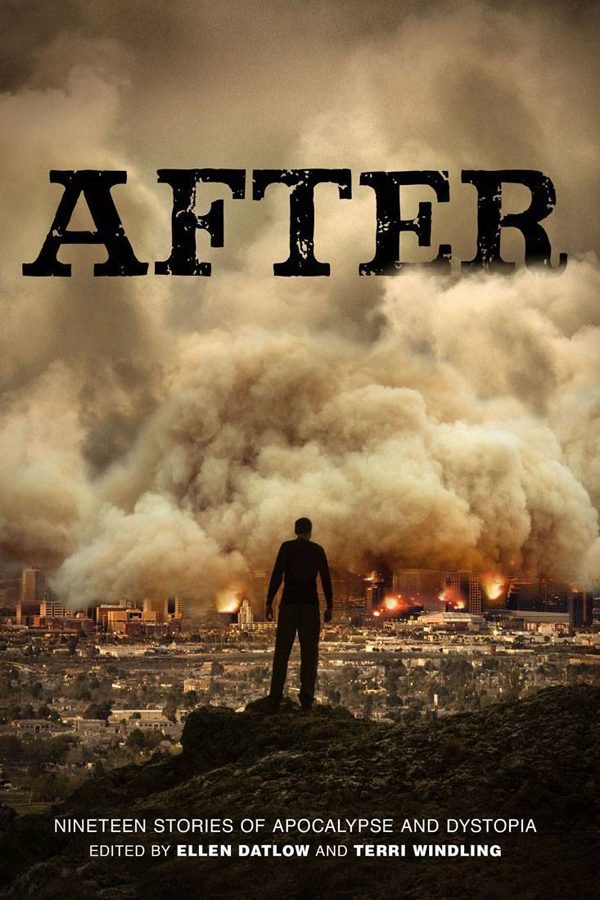 "'Nobody leaves the Krew,' says Morris.  'Family sticks together.'  Yeah, but what does that mean?  It means selling nirv for Morris in a half-drowned, half-ruined city crawling with Hairies, where the cholera comes back every coupla summers.  What sorta life is that?"

Charlie wants to get away from his controlling father-figure and gang leader, Morris, and escape the wrecked city of London. He has to go alone: the journey is too dangerous for his brother Billy, who needs special care.  But how will Billy survive once Charlie's gone? The two boys venture into the ruins of St Paul's Cathedral to ask for help from a dead hero.

An anthology of post-apocalyptic tales for young adults.

If the melt-down, flood, plague, alien invasion, meteor or something else entirely hit the world today, what would tomorrow look like? Some of the biggest names in YA and adult literature answer that very question in this short story anthology, each story exploring the lives of teen protagonists raised in catastrophe's wake - whether set in the days after the event, or decades far in the future.