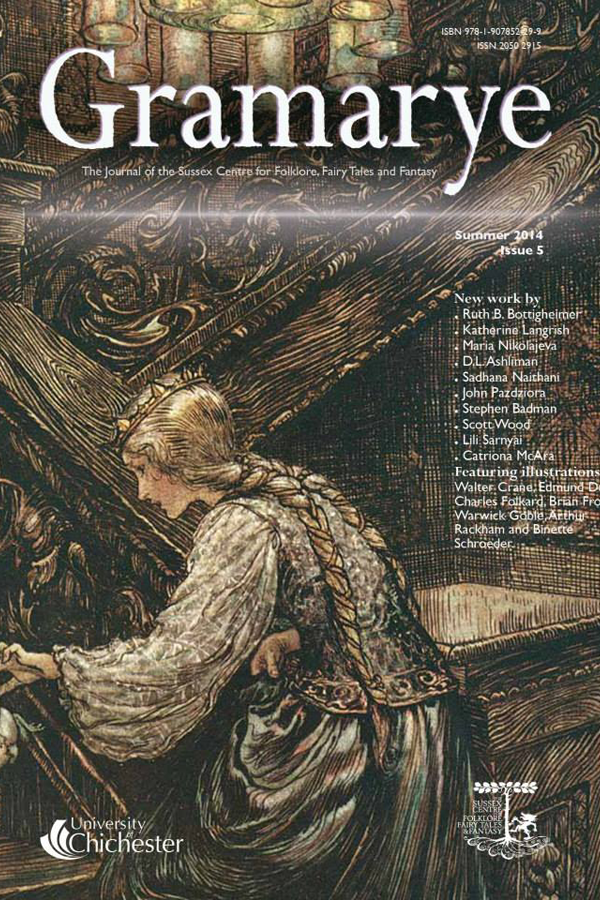 The Sussex Centre for Folklore, Fairy Tales and Fantasy

'The hearth-hob of the place called Hen Gaer crouched in long soaking grass at the edge of the old well, Fynnon Ddu, watching for frogs.'

Written especially for the journal 'Gramarye', this dialogue between a water spirit and a hearth-hob or brownie takes place in an imaginary part of the Welsh Marches towards the end of the 11th century, and is a prequel to my children's novel 'Dark Angels'.

As always happens, the story owes much to other books I've grown up with and loved, especially Rudyard Kipling's 'Puck of Pook's Hill'.  Like Kipling I was interested in trying to suggest, as well as magic, a sense of deep time: the layers of history that lie thick as centuries of leaf mould in the British landscape.

Besides my story (perfectly matched with a beautiful illustration  by Brian Froud) there is much else in this journal to fascinate, educate and amuse.

'Gramarye' is the biannual journal of the Sussex Centre for Folklore, Fairy Tales and Fantasy. Under the aegis of editor Professor William Gray, it publishes original essays and short stories, illustrations and reviews.