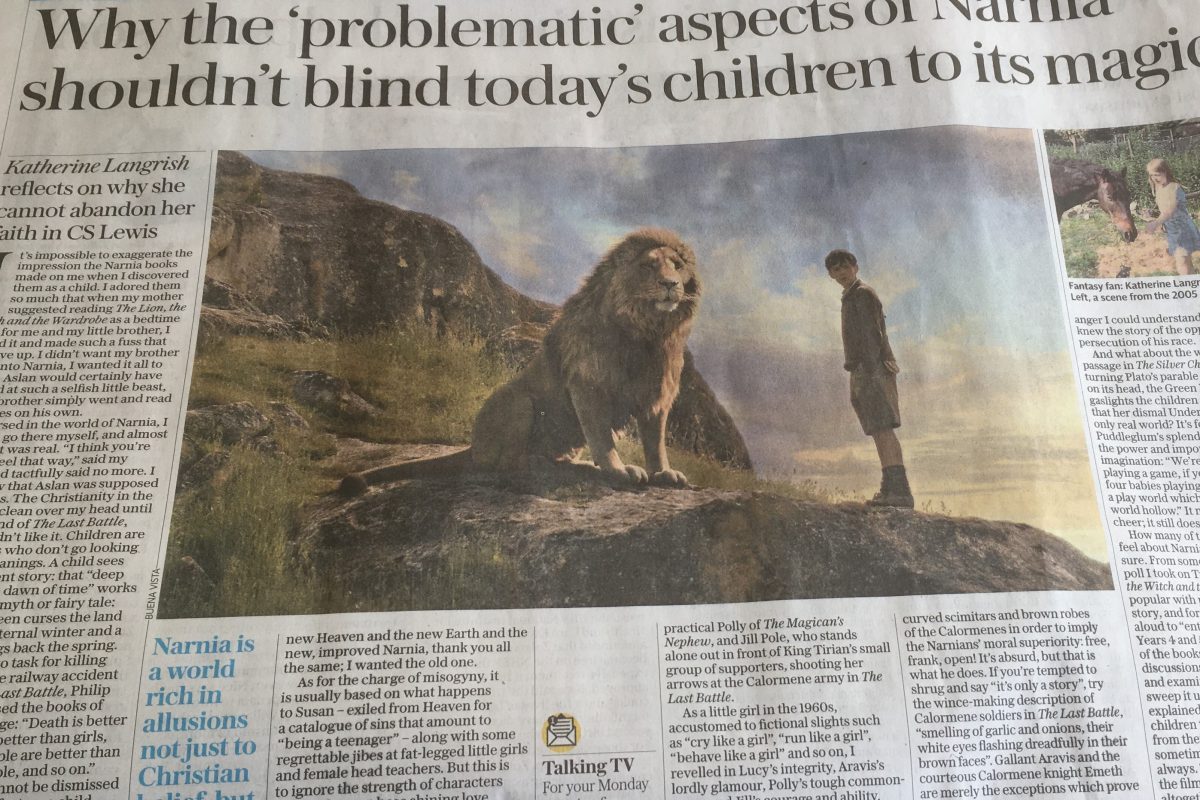 “Narnia is a world rich in allusions not only to Christianity, but to ballads, fairy tales, medieval and renaissance literature, to Plato, Greek and Norse mythology, and to classic children’s books by Lewis Carroll, George Macdonald and Edith Nesbit. Narnia is stuffed with exciting ideas. It was Lewis who introduced me, aged nine, to Socratic logic and the concept of the multiverse. As for his effortlessly drawn characters, a child could learn much without even realising it from meeting selfish Uncle Andrew in The Magician’s Nephew, who thinks the rules are for the little people… “

My article in the Telegraph: